What is causing 'droplets' on first layer?

I recently changed filament and for starters it worked perfectly well, but quickly I got some problems with my first layer. It's like droplets are forming on the surface (finished item + 3 undersides): 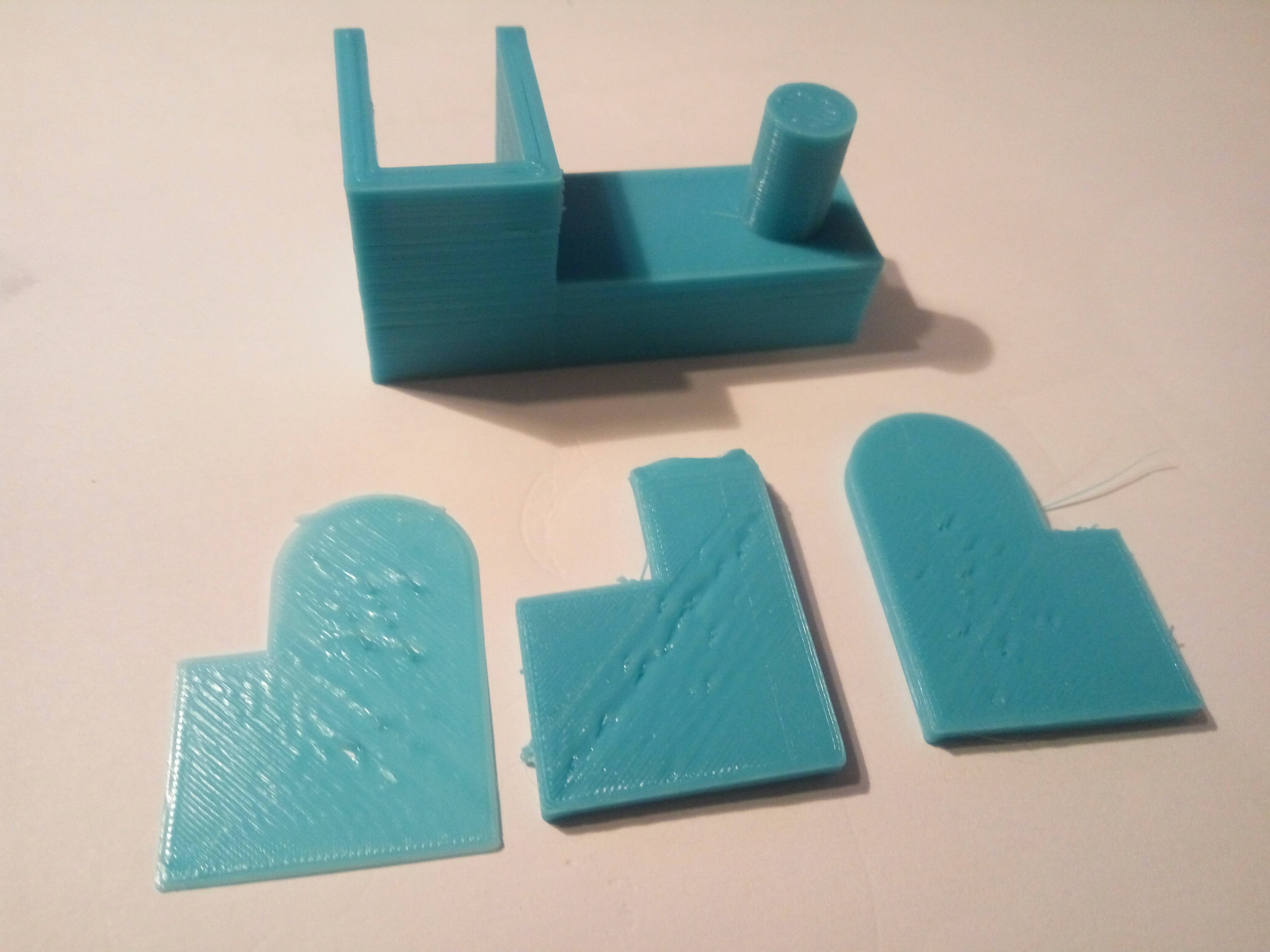 The final part is (for me) okay but I'd like to get rid of those pesky 'drops'.

As the defect is quite stable and quite recognizable and it happens all the time, I bet somebody more experienced than me knows what's going on!

The print is done using a 0.4mm diameter nozzle at 0.2mm height at:

Worked perfectly well with my black eSun and my white eSun.

Tried about everything (more temp, less temp, fan on item, more / less bed temp, underextrude, moving around z delta, removing linear advance, radically lowering speed) but the only thing that worked about okay (problem was quite reduced but didn't go away totally) was to bump up the layer thickness to 0.3mm

[Edit 2] Finally it seems it was, as it usually is, a conjuncture of several problems that I will list here:

I fixed this by installing a borosilicate glass bed on top of the heat bed which ensures a perfect flatness.

I had to change my inductive sensor to an 8mm one (insteéad of the 4mm I had previously added) to make this function. I think it is not as good as it can be as it detects the heatbed under the glass (which is not perfectly flat), but it's enough for now. I'm thinking about how to make the glass conductive, like aluminium or something, but that's for another day/post.

I also put blue tape on the glass because the first layer was tricky. This might be because the inductive sensor doesn't do its job that well (see above).

Extruder temperature anywhere from 190°C to 220°C works fine, that was not the problem, or it is no longer a problem.

I also lowered the first layer speed to 20mm/s because the first layer didn't stick easily directly onto the glass, with blue painters tape it sticks even too much so I'll try higher speeds. It did mitigate problems though so it might be a path to try if you run into similar problems.

And now it seems that it works even amazingly well, I just have to print something really big to see!

Moving z up made spaghetti :-) and different temperatures made quite extreme warping: 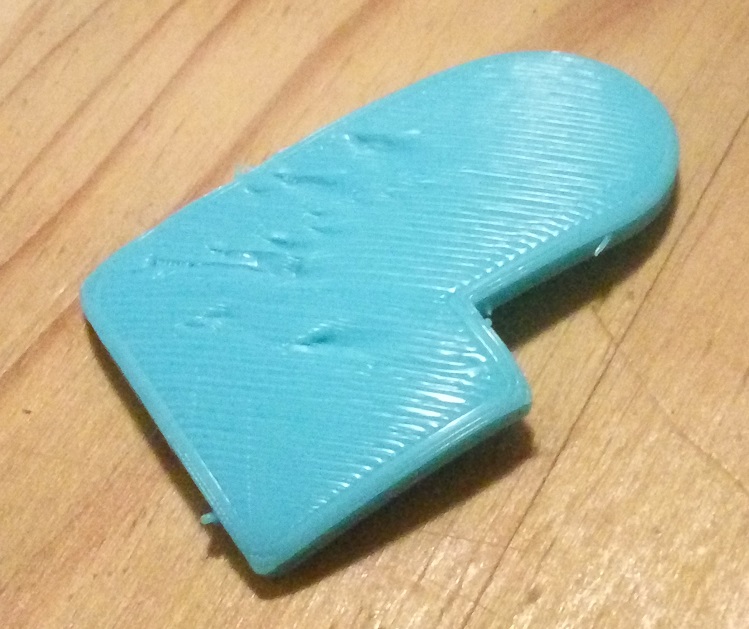 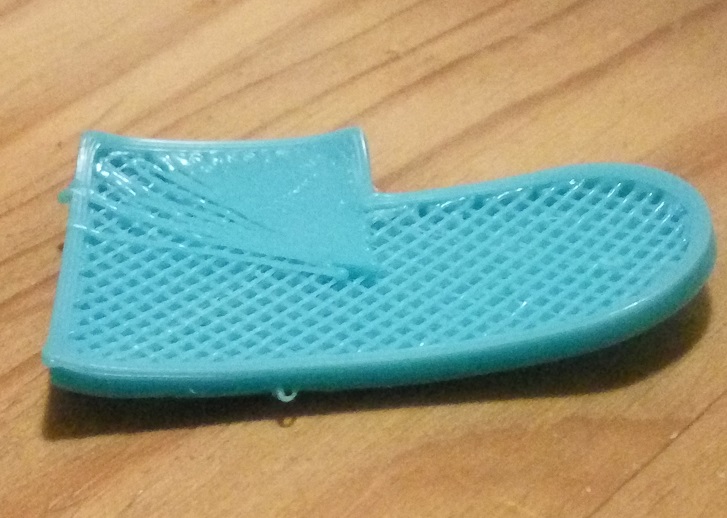 Mine is more of an educated guess than a definitive diagnosis, but it looks to me like if your printer may be overextruding (it's difficult to say with certainty with this particular picture, but your top layers too do not look as good as they should).

I wonder if you have calibrated your extrusion for this particular spool of filament? This is something that you should do for each and every new spool of filament, regardless of whether you have already used the same brand and material, as different batches and colours may differ slightly in diameter or hardness, and both factors can lead to a different overall flow out of your nozzle (I just checked eSun website, and they state "Accuracy:1.7-1.8mm", and 6% variance is quite a lot).

Possibly unrelated, but 211+°C is also quite on the high end of the correct temperature for printing PLA (if that is what you are using). Still in the range recommended by the manufacturer - so it should be ok - but you may wish to try bringing it down a notch (205°C perhaps?).

1
Will I see a noticeable difference switching from a .4mm to a .3mm nozzle?
1
Prusa XI3 Extruder Calibration
1
How are things designed like a USB casing designed
1
Help with Repetier firmware (probably locked and licensed)
1
My extruder does not reach the set temperature