I'm printing parts for a HEVO (HyperCube Evolution CoreXY), using Colorfabb XT filament. After several successful prints. I'm having a lot of failed prints. They start off pretty well but after ~15 layers the filament starts to string and blob.

Steps I took to troubleshoot 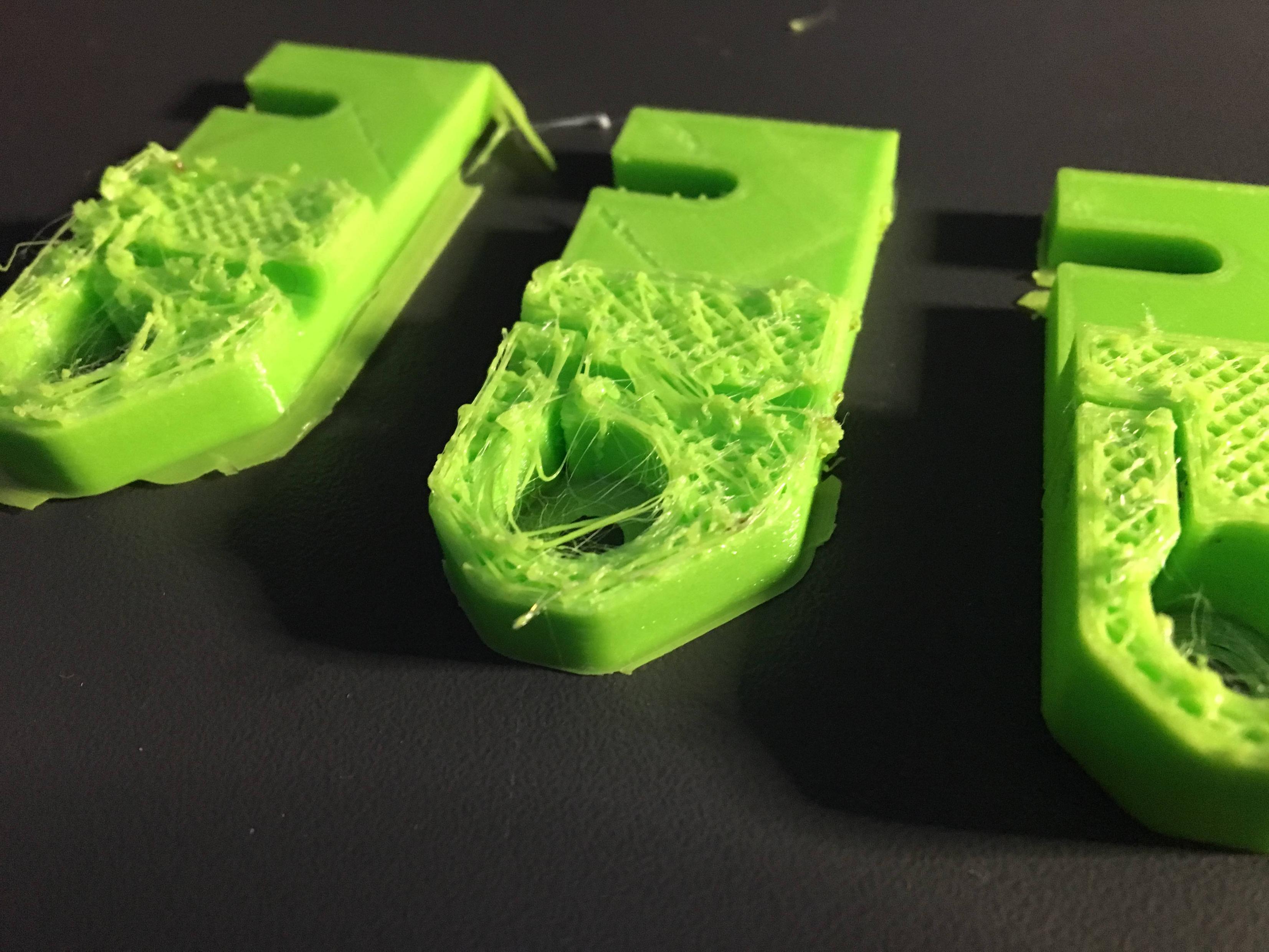 Note: the two parts on the left are printed in one job 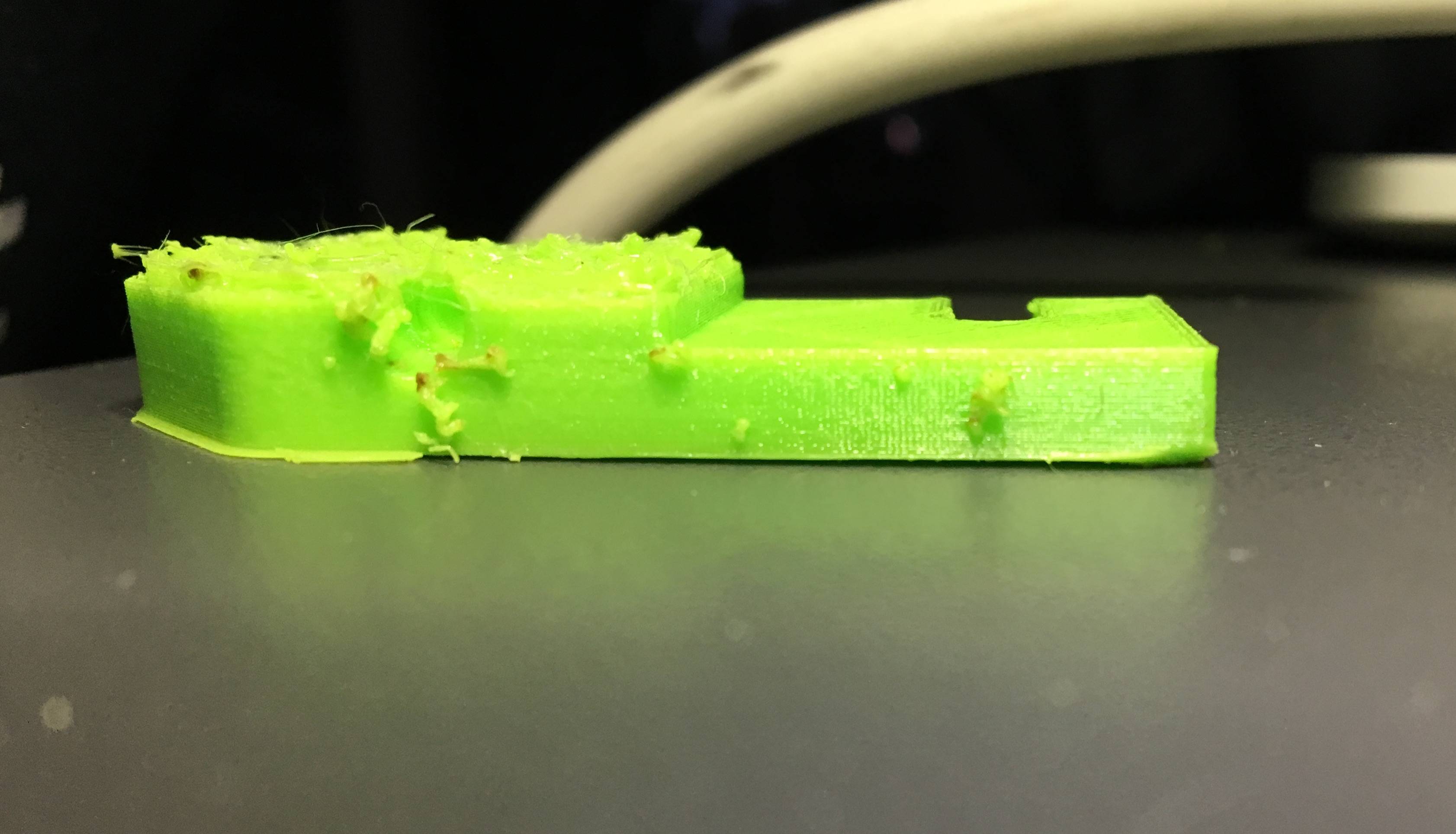 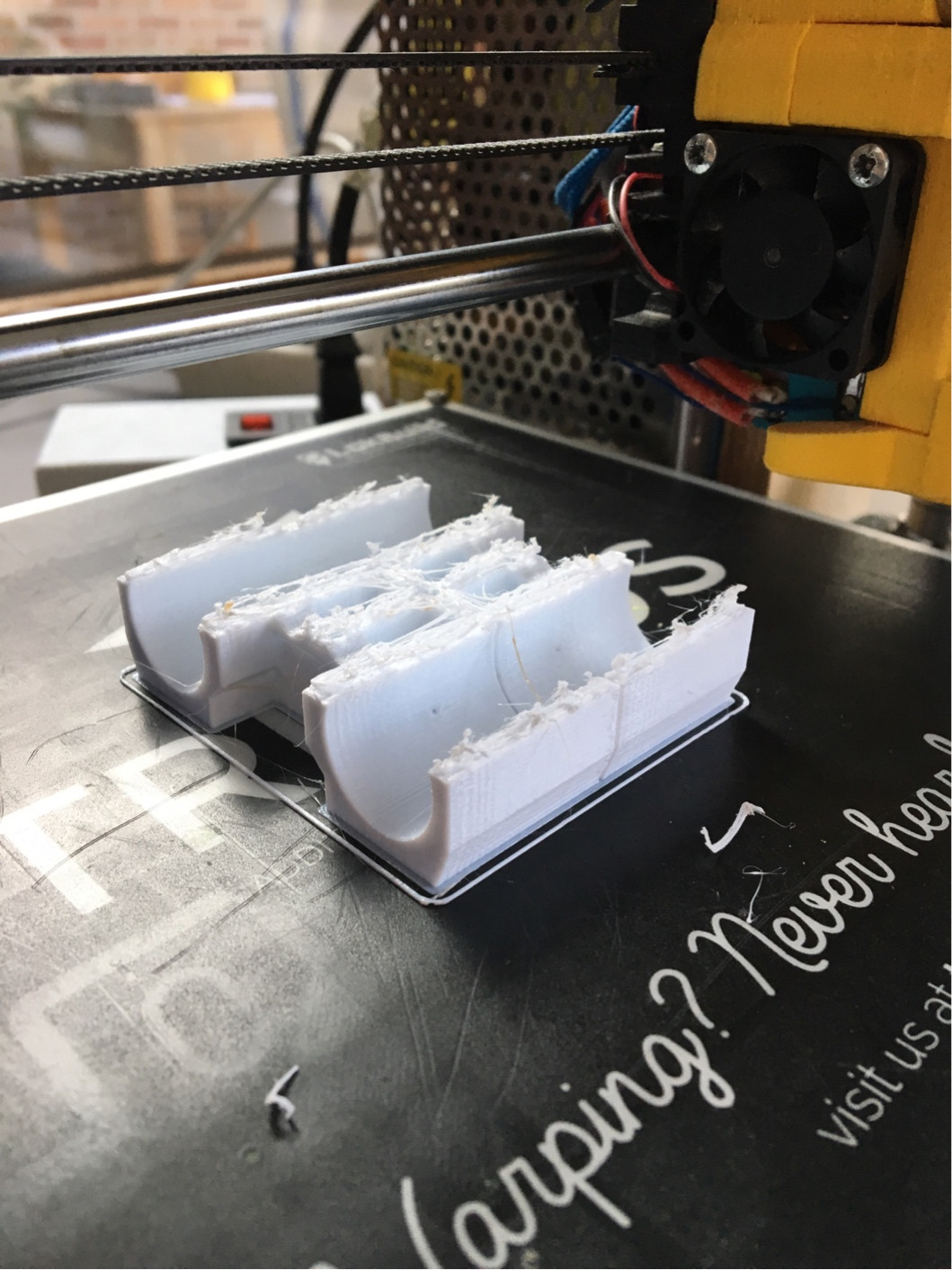 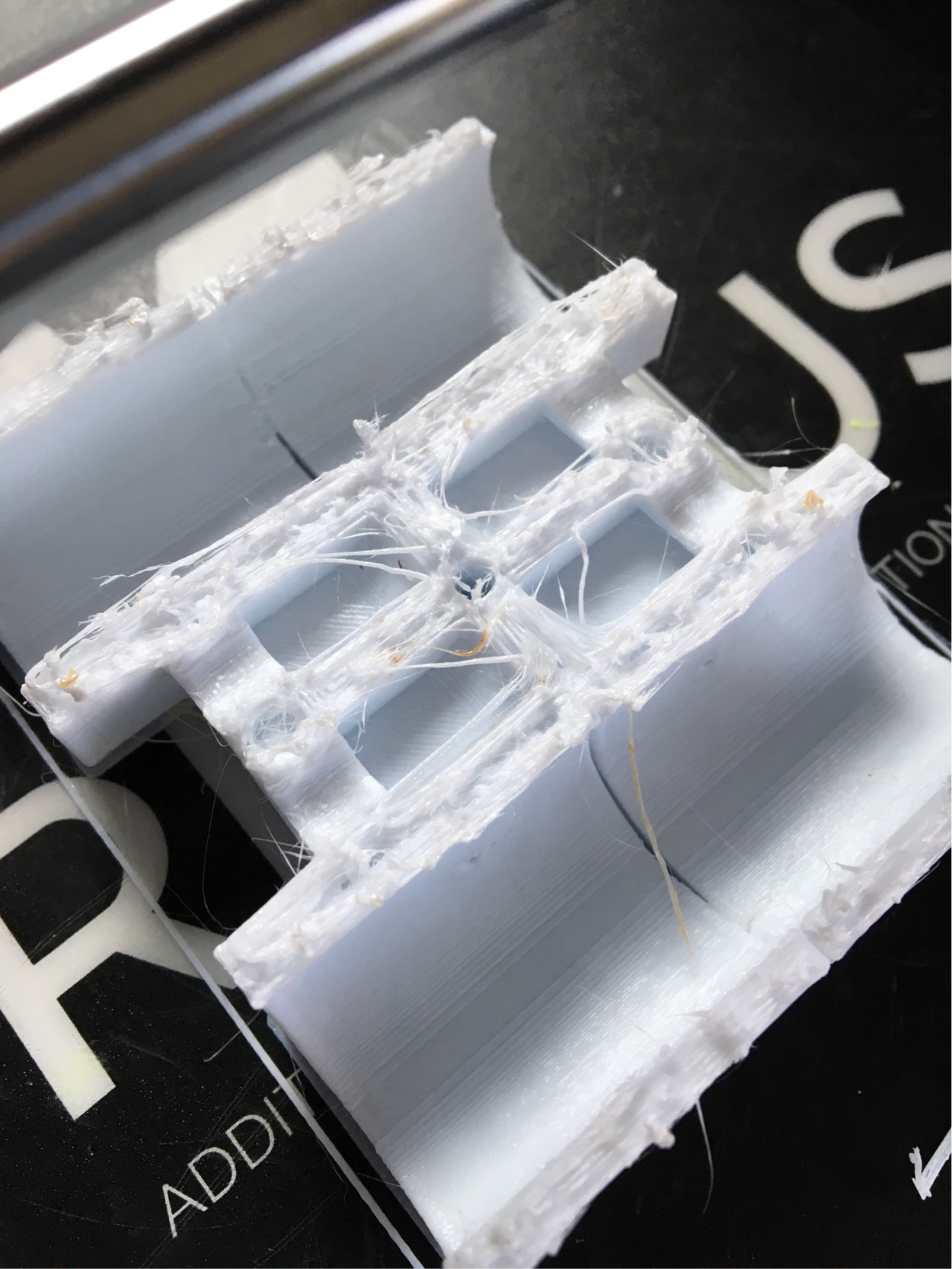 This looks a lot like under extrusion caused by heat creep.

Heat creep is when the nozzle temperature 'creeps' up through the filament and makes it melt (a bit) and form a blob (or just widen enough to get stuck) a centimeter or two before the nozzle.

The characteristic is usually that everything works perfectly well for some quite fix amount of time, then there is severe under extrusion.

I have the same print head as you it seems (E3D 1.75 all metal) and I had heat creep when I changed the fan to a less noisy one (but also less effective).

1
What are the other materials which can be used in DLP Printing, other than polymers?
1
Is there a lubricant that can be used for linear bearings, bronze sinter bushings and threaded rods alike?
1
What does a "3 h5" mean in reference to the axle of a motor?
1
Empty space in model is getting filled
1
stl to stp CAD Conversion