Why does my domed print have a thin shell?

I am making a "fun button", with a dome-shaped top. The vertical sides, top center, and raised lettering seem fine, but the more sloped outer parts of the dome are very thin, with some gaps and the infill pattern is quite visible. It's almost like the slicer isn't recognizing the sloped part as an exterior shell.

What is causing this, and how can I fix it? 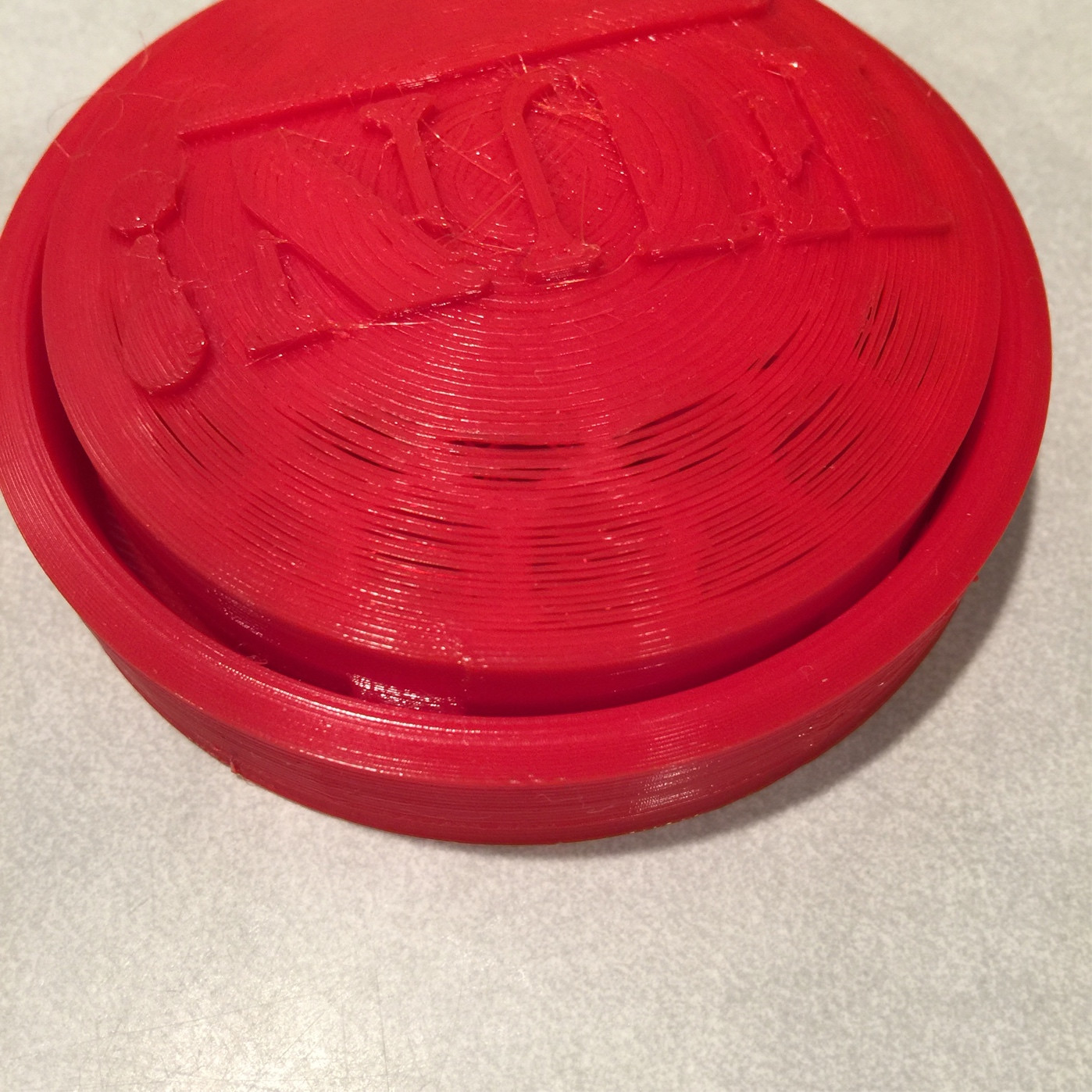 The model was made in Fusion 360, sliced in Repetier with Slic3r, and printed on a Monoprice Maker Select Mini.

This was my second attempt, after increasing the shell count already.

On my first print, I clearly had a low value for horizontal shells, top and bottom were both at the default of 3. I upped these both to 8. (Layer height is 0.13125.) The bottom of the button is now good. The "good" center area extends a little further out, so I think it's probably thicker up at the top of the dome. But the sloped sides are pretty much the same - this is why I'm thinking it's not being considered as a "horizontal shell". 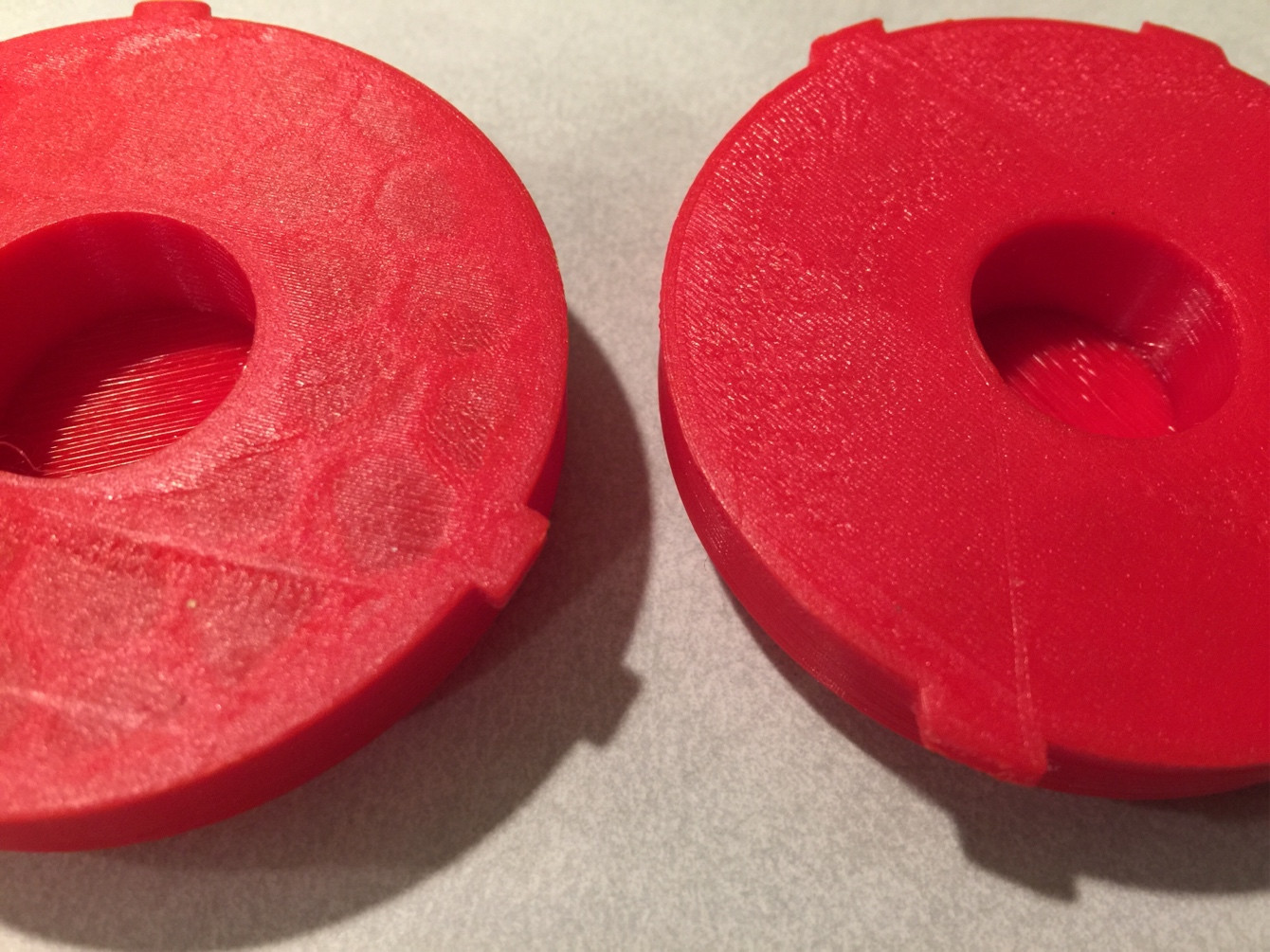 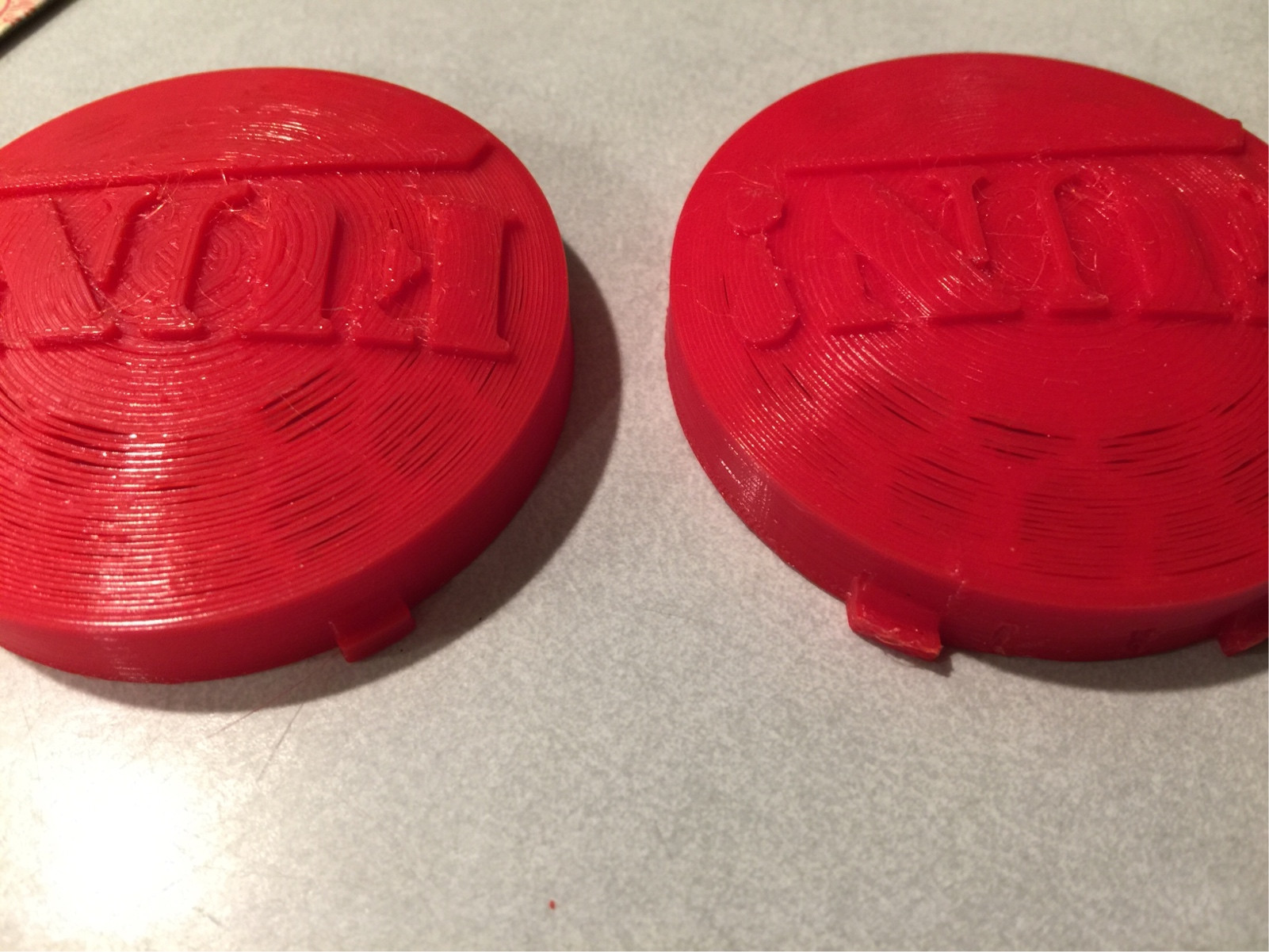 There are some design iterations, but the top surface is the same shape.

I did a print using Cura, with 0.8 mm shells, and it looks great! 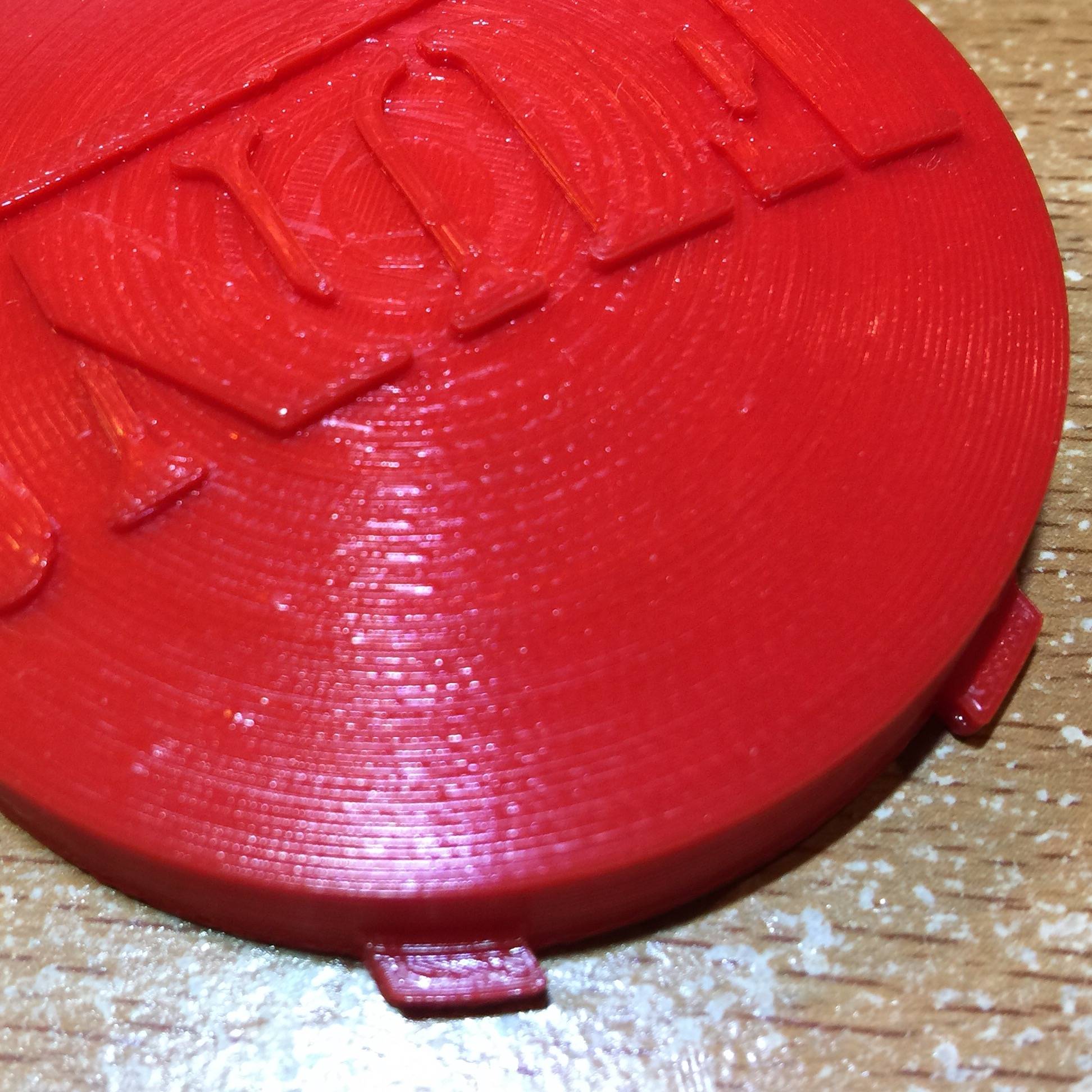 I cut the two bad prints with a hacksaw to see a cross-section. The bottom is clearly thicker. The top on the outer infill void is pretty much the same. The top on the other void is thicker most of the way across, but suddenly changes to thin. 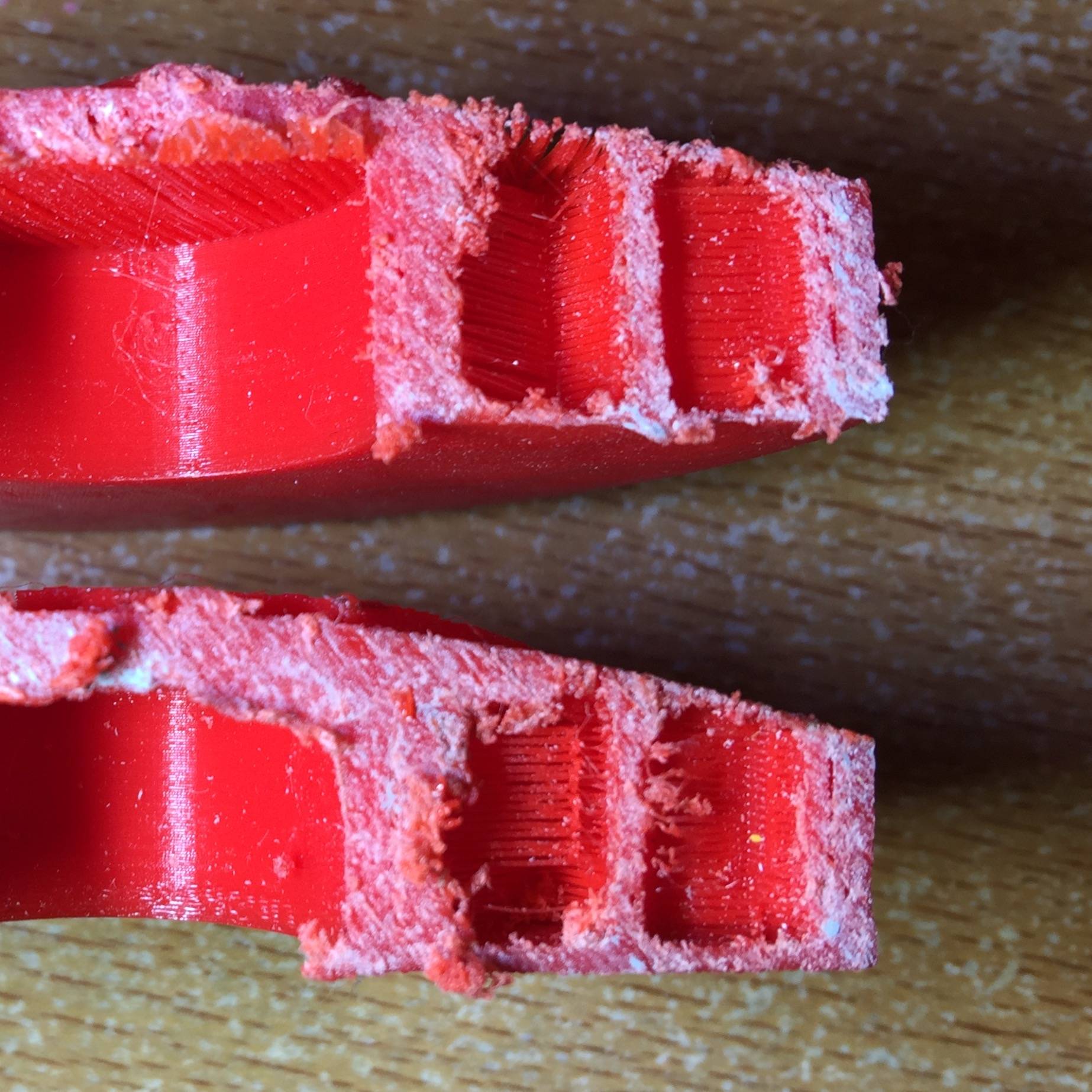 Slice with more solid top layers. I always use five with low-density infill.