It starts to feed and then all of the sudden, the wire 'eats' (read breaks, but not entirely) the plastic filament as you can see on the picture below: 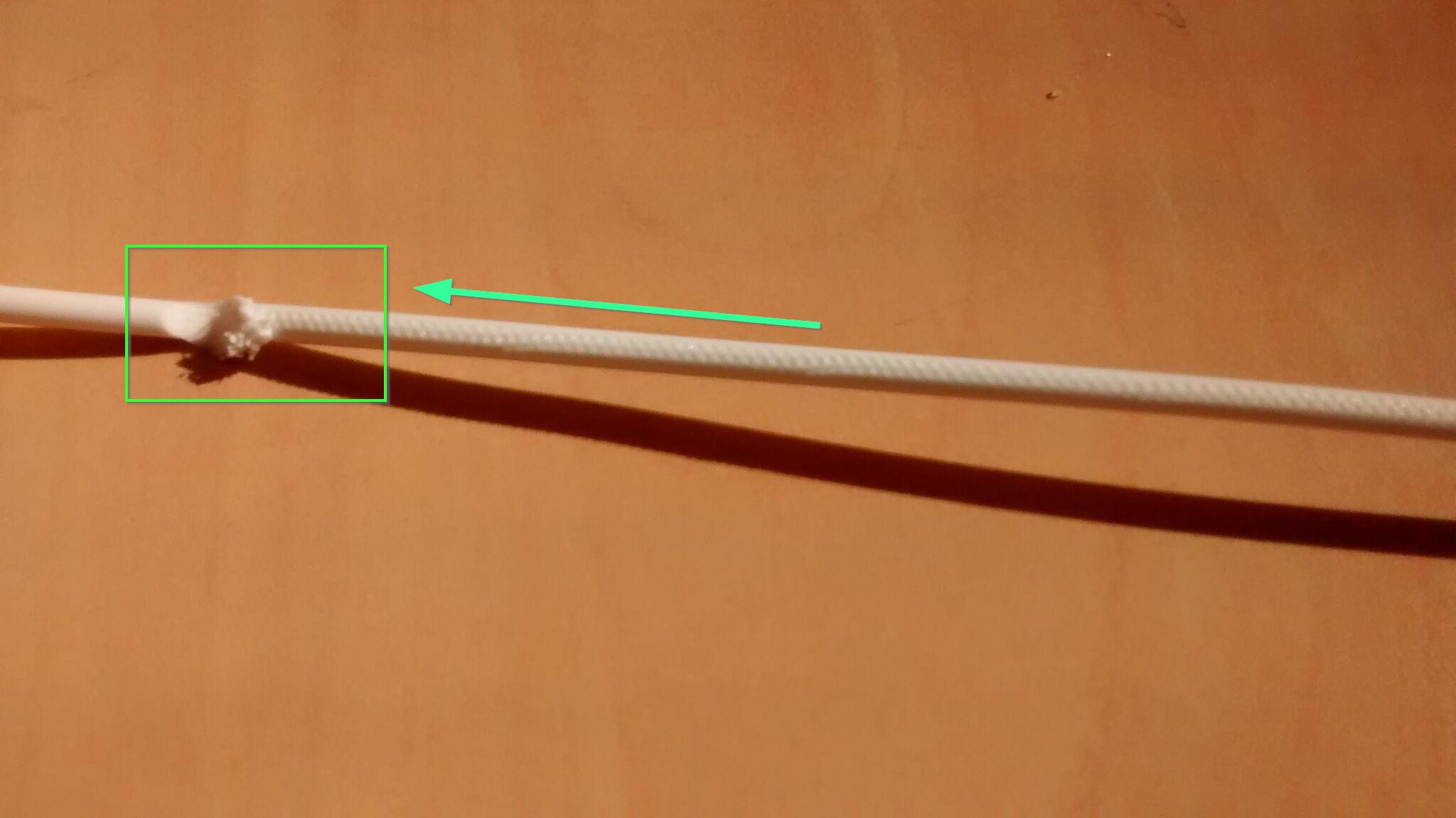 Any hints are more than welcomed.

The photograph and your description indicate that the drive gear is eating the filament because the filament has stopped moving. The least likely problem would be that something is jammed at the spool or between the spool and the entry to the drive mechanism.

The more likely problem is that your nozzle is clogged. It is simple to determine if that is the case. If you have a direct drive mechanism (not a bowden tube type), remove all the filament and release the wheel or bearing that presses the filament against the hobbed pulley, which is the part connected to the motor or driven gear if you have a geared mechanism.

Heat the nozzle up to correct temperature for PLA and attempt to push filament through the nozzle. If it does not move, your nozzle is clogged and has to be cleared.

A nozzle clog can be caused by a too-low temperature or a too-high temperature resulting in burned material becoming jammed in the nozzle.

If you have a 0.40 nozzle, find that size of nozzle tool or use a 0.40 mm drill bit and carefully push and turn it into the nozzle.

Also consider to use nylon cleaning method. This involves heating the nozzle to the correct temperature for melting nylon filament, forcing it into the hot end, then allowing it to cool. Reheating it while pulling on the filament will remove some of the debris. Eventually, it will pass through the nozzle and will also pull out clean, with no debris on the end of the filament. It is suggested to research "nylon cleaning method" to learn correct temperatures.

I have used the nylon cleaning method and have removed debris from overheated filament in the past. I have been able to shine a bright light from below and see the open nozzle after completing the process.

1
How important is the minimum layer height on a 3d printer?
1
How does the sizes of nozzle diameter and the Z-axis layer resolution work?
1
How to add tolerances/gaps in 123d Design?
1
Silver Solder specifications for hot end heating element
1
Extruder skipping/clicking (brand new printer)