Empty space in model is getting filled

I drew a fairly simple model in Google SketchUp. I exported it as an STL. I imported it into Cura and exported as gcode. Then I printed the model.

All of the bottom layers of the model cover the entire space instead of leaving the two open gaps that should exist. I don't know why it's happening. Do I have some weird setting in Cura?

The section that is filled, but shouldn't be, isn't a raft. I printed without a raft because my model goes to the max extent that my printer can print and I don't have room for a raft around the edges. 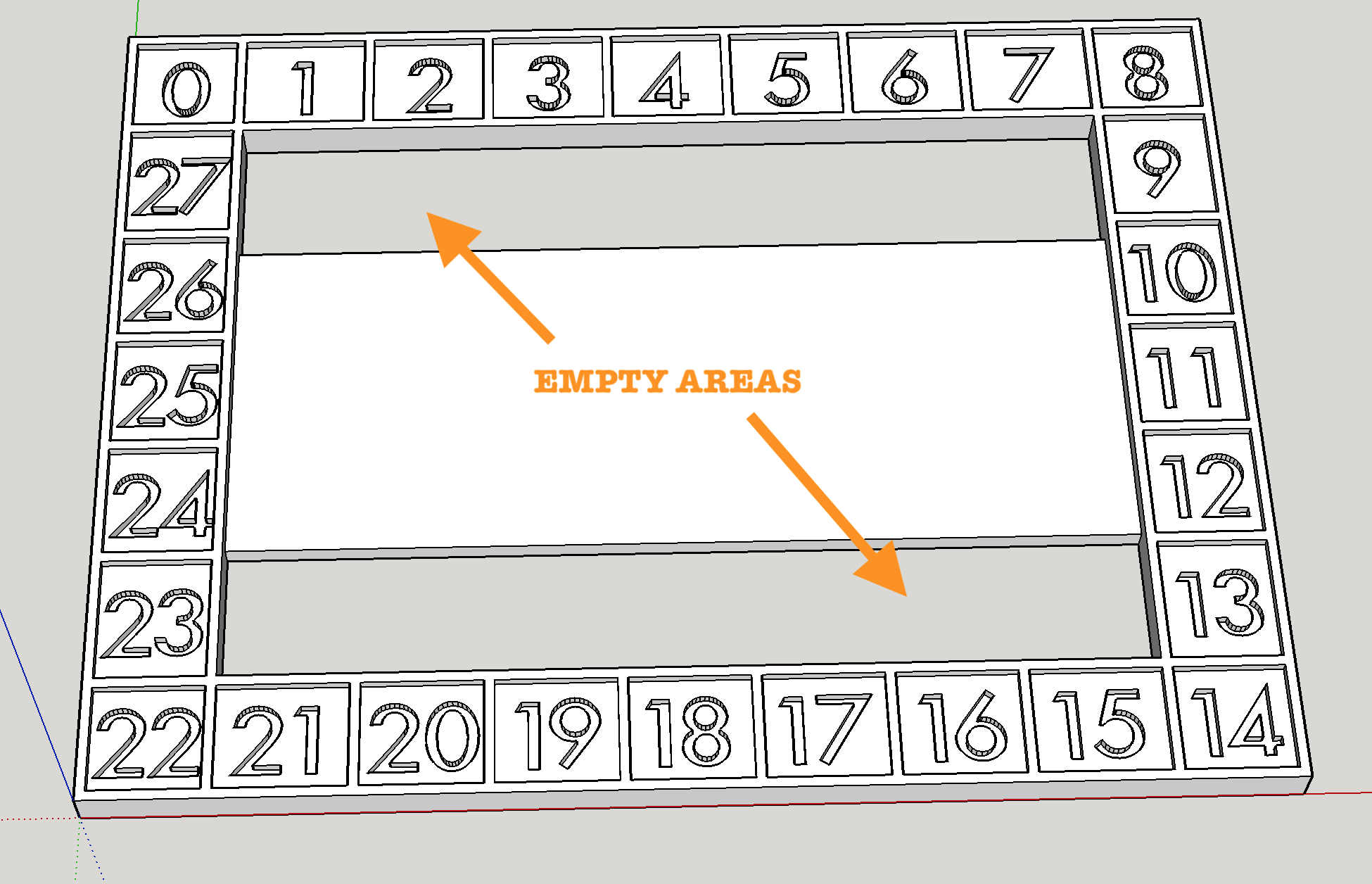 Here is what it looks like in Cura. The two empty areas are shaded darker than the other empty areas of the build plate. Is that an indication of my problem? 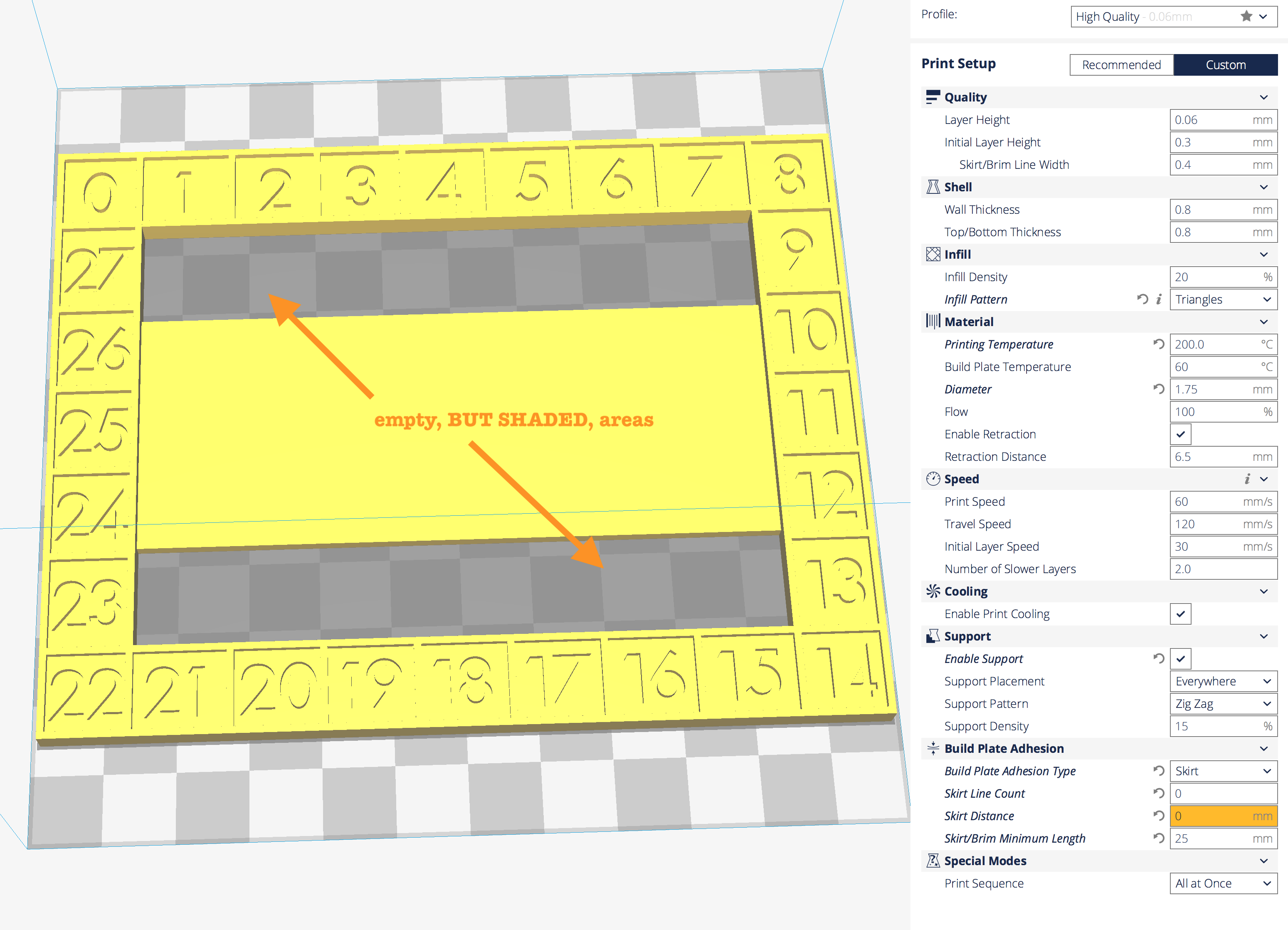 Here is what was printed. The empty areas are solid and filled in as if the center piece extended to the inner edges of that area. (The jacked up corners are due to the model warping a bit and no longer being in the right position for subsequent layers.) 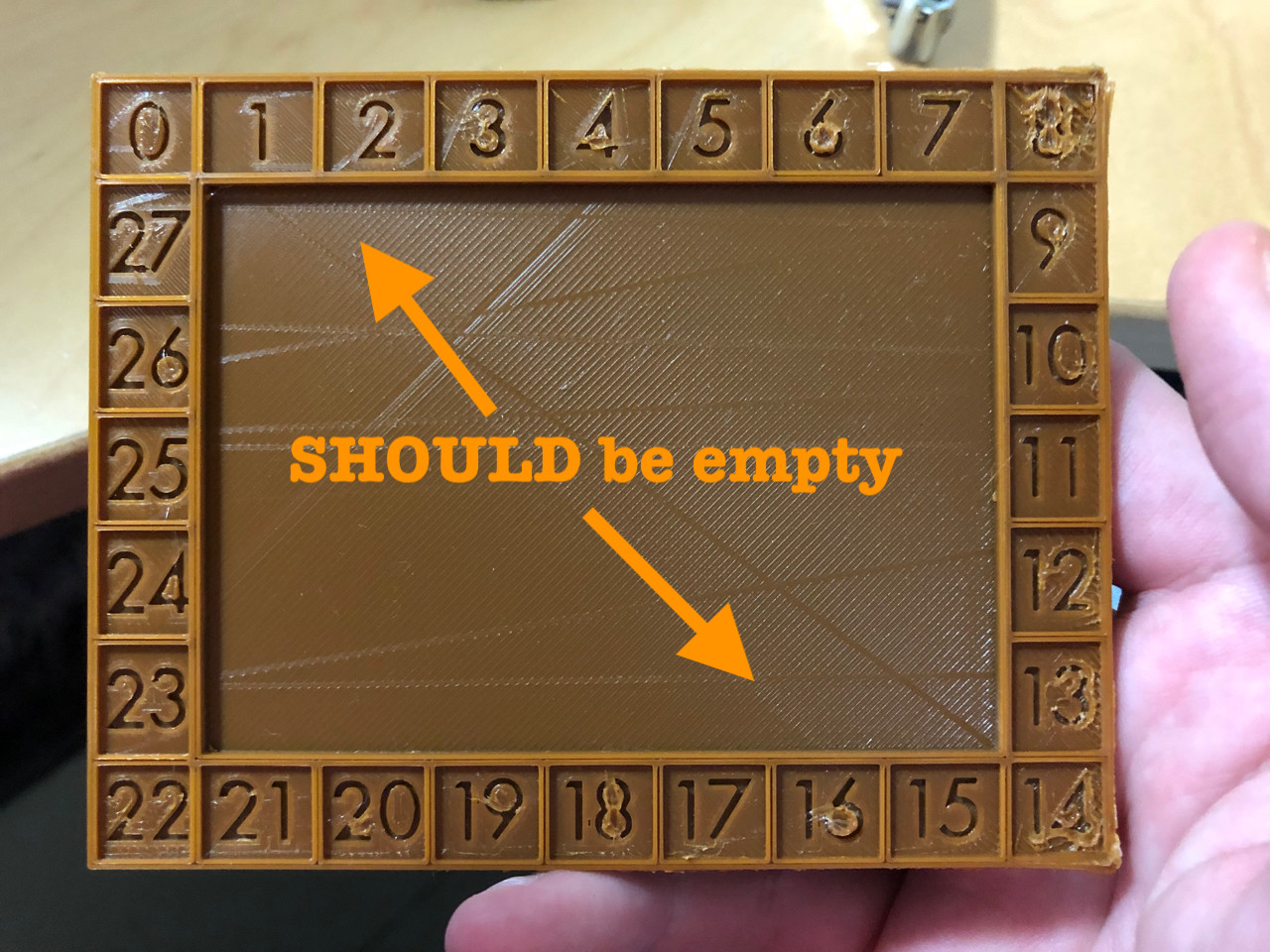 Here is a video of the layers according to Cura, and Cura clearly knows the gaps should be there:

I suspect, as I am wont to do, that your problem lies in the STL created by SketchUp. It's an unfortunate aspect of that program that it creates non-manifold models which creates troubles such as this.

Consider to load your STL file into a program suitable for showing flaws (and repairing them) to determine where the failure points lie. I'm fond of Meshmixer, but there are many others such as Netfabb with which I am less familiar.

If you don't want to check your STL file, attach it to your post and I'll take a shot at it.

You would also want to consider to learn a new program if you intend to perform such 3D modeling. Fusion 360 has a popular following. I'm a fan of OpenScad, but use Fusion 360, Meshmixer, Blender (only a tiny amount) and anything else I can utilize for model repair, creation and editing. Build a large repetoire of different programs and get the best of all worlds.

SketchUp has a strong following primarily because it's rather easy to use. The same can be said of a few other programs, but SketchUp really generates trouble when it comes to 3D models.

TinkerCAD is very much like SketchUp and will give you better final results. OnShape is another popular modeling program, but I have zero exposure to that one.

It's not out of the question that there's a bug in Cura that's causing this problem. You are not limited to one slicer program, and you can check the results of another slicer such as Slic3r, Craftware or others.

1
Can 1.75mm filament be used in a printer that takes 3mm filament?
1
Keeping my filament spools from getting knotted?
1
Converting Injection Molded STLs to printable STLs
1
Can the `render` function be used to speed up rendering?
1
Anet A2 3D printer suddenly will not home X and Y