Is there any setting that could allow me to print this overhang without support?

The reason why your overhang is impossible to print without support is that slicers create a shell first or - in other words - trace the perimeter of the layer you are printing. This feature, combined with the fact that your overhang is perpendicular to the part it originates from, causes the printer to try to extrude into thin air the perimeter of your rail, like this (the yellow lines are the shell, the red ones the infill):

In the image above, also the infill is extruded into thin air, but this is actually something that you can change in most slicers (look for "infill pattern orientation" or something similar).

One option you have is to tweak the support parameters to make it unobtrusive and easy to remove, like for example this:

(The above was done in Cura, with infill pattern "lines", spaced 5mm apart and no support interface or other additional structures).

Since your parts won't be subject to a great deal of mechanical stress another solution could be to change their printing orientation. In the following example, the overhangs do actually become bridges and as such should print without problems: 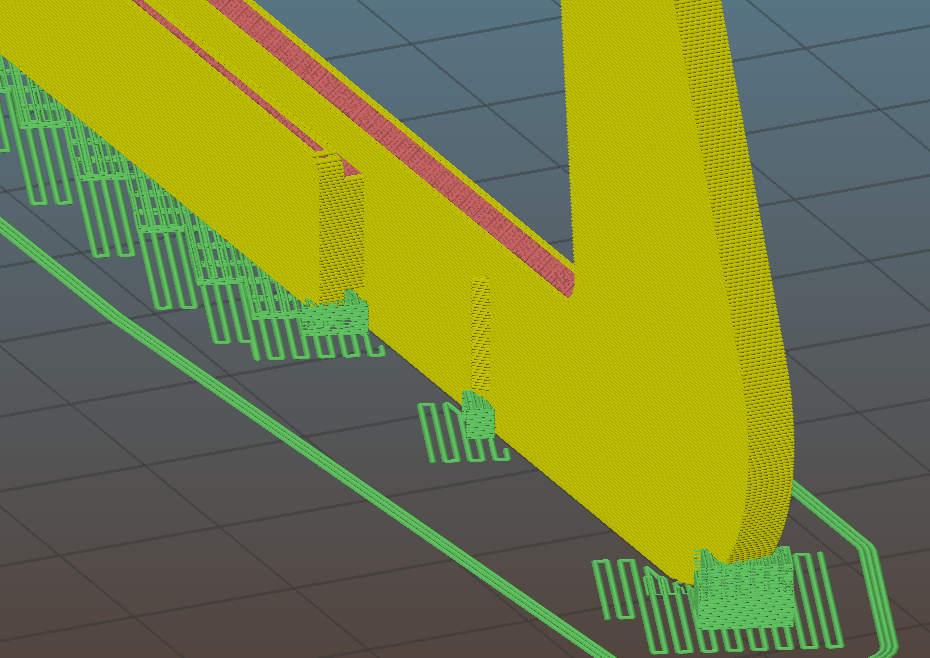 Just consider it will take considerably longer to print.